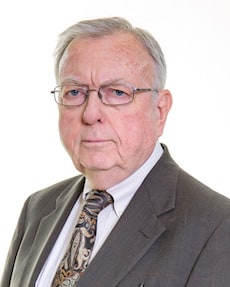 Judge Joseph Murphy, former Judge of the Maryland Court of Special Appeals, provides clients unparalleled insight and experience with a broad array of criminal issues. Having served as a Judge for over 28 years (20 years of which were as an appellate judge), Judge Murphy is widely considered Maryland’s foremost expert in appellate advocacy and evidence. His reputation and his decades of judicial experience provide our clients with an outstanding advantage in handling criminal matters.

Prior to his decades of appellate judicial service, Judge Murphy served as Assistant State’s Attorney for Baltimore City (1970-75), Deputy State’s Attorney (1975-76), and Partner in the firm of White & Murphy where he specialized in the defense of criminal cases (1976-84). In 1984 he was elected to the Circuit Court of Baltimore City by the Governor of Maryland and, in that same year, he was elected President of the Maryland Criminal Defense Attorneys Association.

Judge Murphy is also an Adjunct Professor. He teaches Evidence at the University of Baltimore Law School, and Trial Practice at the University of Maryland Law School.  He is the author of the Maryland Evidence Handbook (4th edition published in 2010), which provides in-depth coverage of topics including burdens of proof, relevancy, competency, hearsay, privileges, tangible evidence, testimony, expert testimony and more.

Trial Experience Committee of the United States District Court for the District of Maryland
Member Since: 1984