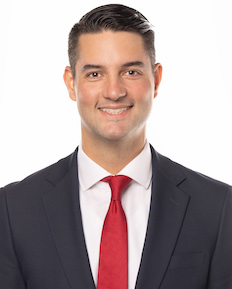 Eric Bacaj is a skilled litigator with over a decade of experience winning favorable verdicts for his clients. Mr. Bacaj began his career as a trial attorney in the courtrooms of the Bronx before becoming an award-winning federal prosecutor leading complex white-collar investigations. Mr. Bacaj focuses his practice on criminal defense and civil litigation.

During his time as an Assistant U.S. Attorney, Mr. Bacaj was routinely trusted with the U.S. Attorney’s highest profile cases, including cases featured on CBS Evening News, NBC Nightly News, and the Daily Show with Jon Stewart, among other national news sources.

Mr. Bacaj also distinguished himself in private practice. He was selected by the Maryland State Bar Association as a contributor to Maryland Divorce & Separation Law, 10th Edition, and was recognized as a Rising Star by Super Lawyers in 2020 before returning to the Department of Justice.