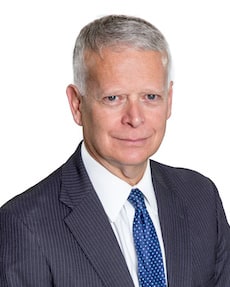 A pillar of the criminal trial community, Andrew White is one of the most respected and recognized trial lawyers in Maryland and the mid-Atlantic region. He had 25+ years both civil and criminal trial work and is known for his ability to win complex and controversial cases.

He has tried hundreds of cases to successful verdict, including over 30 jury trials. He has defended many high-profile cases involving DUI, white collar crime, murder and domestic violence. Mr. White has received top awards and recognition throughout his distinguished career. A former prosecutor, he was named “Prosecutor of the Year” by the International Association of Financial Crimes Investigators in 2000. Mr. White has been selected by his peers for inclusion in SuperLawyers®, a widely used guide to the nation's top legal talent every year since 2007. He has also been recognized by Martindale & Hubbell, an internationally prestigious legal guide, as a top criminal defense attorney. Mr. White was named as one of the “Top 50” lawyers in Maryland by Super Lawyers Magazine in 2010, and was also named by the American Trial Lawyers Association as one of the “Top 100” trial lawyers in Maryland in 2008-2011.

Mr. White is highly regarded for his successful representation of an ex-NBA basketball player and his wife in a federal criminal fraud investigation and prosecution in U.S. District Court (all indicted charges dismissed), his representation of an F.B.I. Special Agent in state criminal investigation into the mistaken shooting of an unarmed individual in the course of a bank robbery investigation (no criminal charges brought) and his successful representation of a campaign treasurer for a Baltimore City Councilwoman accused of theft and election law charges. The case was dismissed by the Office of the State Prosecutor in the middle of the prosecution case at trial in Baltimore City Circuit Court.

A retired naval officer serving in the JAG corps, Mr. White received the Navy Commendation Medal and a 1996 award from the Parents Against Tired Truckers for his community service.