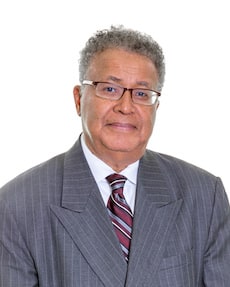 Retired Federal Judge Alexander Williams spent nearly 20 years on the bench presiding over a thousand criminal cases including major drug conspiracies and federal firearm violations, child pornography, a variety of crimes of violence such as conspiracy to murder and kidnapping and human trafficking and sexual prosecutions under the Mann Act. Judge Williams also presided over numerous white collar crimes such as mail and wire fraud, embezzlement, income tax evasion, bribery, gratuities, Medicare fraud, and RICO prosecutions. His experience and exposure to a broad array of criminal cases gives him the ability to attack the government’s case from every possible angle. Judge Williams re-entered private practice in 2014 and is currently the only retired Federal Judge practicing as a lawyer in Maryland.

Judge Williams’s breadth and scope of experience that he brings to our clients is impressive. Prior to his appointment to the federal bench, Judge Williams practiced as a private sole practitioner specializing in criminal defense (1974-86). During this time, he also served as Assistant Public Defender (1977-78) and Special Counsel and Hearing Examiner (1978-87). Judge Williams was then elected State’s Attorney for Prince George’s County, Maryland (elected for two terms, 1987-1994). In 1994 Judge Williams was nominated by President Clinton to the US District Court for the District of Maryland and served the Court with distinction until his retirement in 2014.

Judge Alexander Williams has written over 7 volumes of published opinions and has served for many years as a Professor at the Howard University Law School where he most recently taught Criminal Trial Advocacy. Judge Williams is recognized as a top attorney and has earned a perfect 10.0 "Superb" rating from Avvo, one of the most respected attorney rating services in the country.